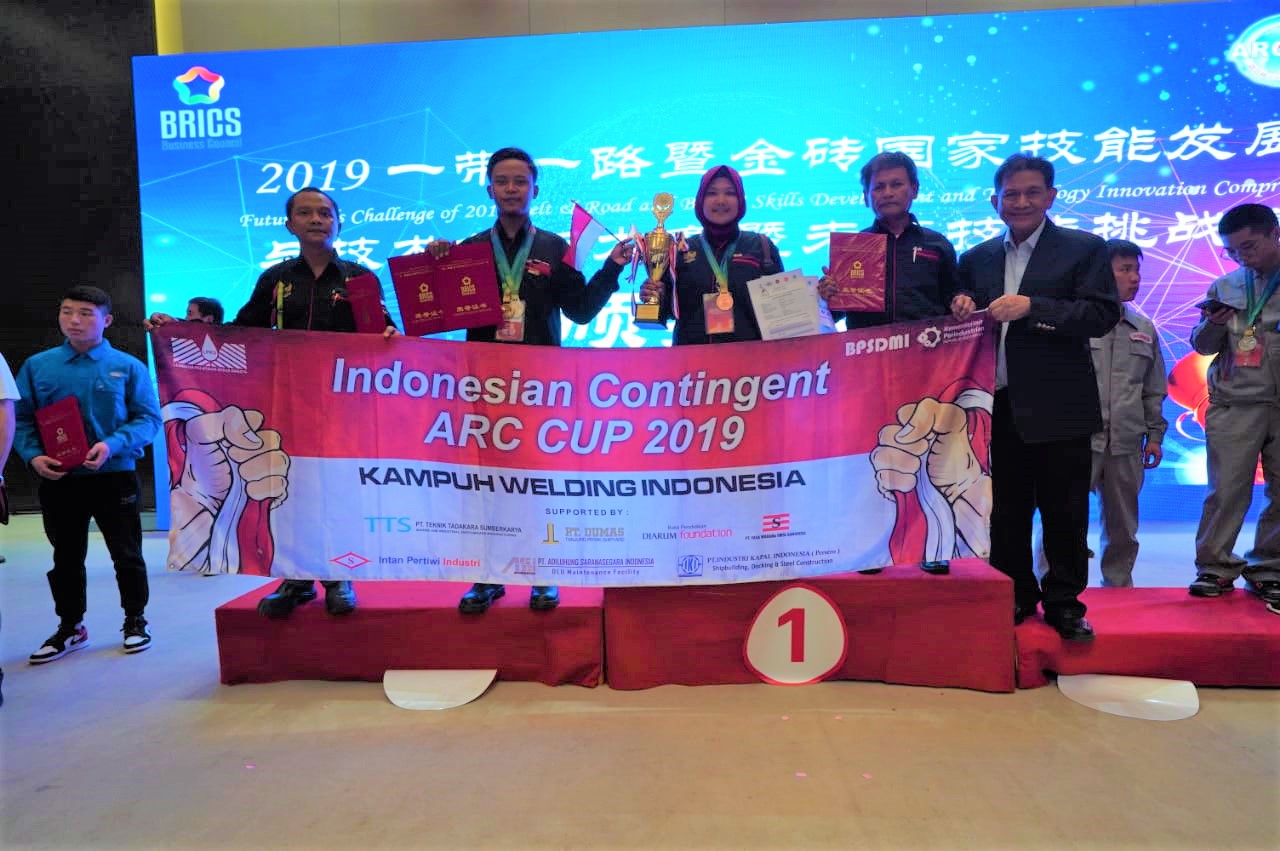 Beijing - - A proud achievement was made by representatives of Kampuh Welding Indonesia students who represented Indonesia at the Welder International championship which took place at the Beijing Cona on September 5-10 at the ARC Cup 2019 by winning gold, silver and bronze medals in several categories contested in the championship. this.

Dr. Ir Zaed Yuliad said that this proud restoration was a continuation of the championship held in 2018 which also won many medals and led Indonesia to buy up medals in various types that were contested.

The proud achievement of Masudah chumairoh who won 3rd Prize in the First Prize for the GMAW Process is also a gold record for Kampuh Welding Indonesia and Cikarang Swrta for Indonesia because it can provide evidence that women can also become professional welder and take part in the industry.

Masbukhin, the instructor who assisted since training until the competition in Beijing said that the rik was prepared in such a way as to take part in the ARC Cup in Beijing for several months with special material so that students could achieve the best performance. Thank God they can prove that Indonesia can continue to excel in world championship this time.

Budi Setyo Utomo, Director of Kampuh Welding Cikarang also appreciated the students who represented the ARC Cup championship in Beijing, that Indonesian children also have equivalent welding skills or even more than other countries. This proves that technology and good lessons on practical theory can be applied well, including in this competition. Success for Kampuh Welding Indonesia which is trusted to represent Indonesia so that it can become champions in this championship.

Edhie Soedjatmiko who is the head of this program expresses his profound gratitude to the sponsors so that preparation, departure and until the competition runs smoothly and successfully, with the support of this sponsor can lead children to achieve proud international achievements for the nation and country.